On Saturday, February 29, in the wake of increasing tensions between Russia and Turkey culminating in the death of 33 Turkish soldiers in Syria, Turkish officials announced that the border to Europe would be opened to migrants.  Thousands of people began making their way to the border, but they soon found themselves face-to-face with border guards, and denied entry to Greece.  For days now, they have been trapped in a no-man’s land between countries (Smith and Busby 2020).  Some have chosen to take the dangerous sea route to Greece, and the first lost life has already been reported (Smith 2020). These events, coupled with economic uncertainty and political polarization have led to anti-migrant sentiment reaching new levels in Turkey and Greece, with attacks on migrants being reported almost daily (e.g. Bagci 2020; Cumhuriyet 2020; Stevis-Gridneff 2020).  During research with Syrian migrants in Istanbul in 2018 for the EC funded project, RESPOND-Multilevel Governance of Mass Migration in Europe and Beyond, we found that many hoped to stay in Turkey, appreciating the country’s familiar culture and religion. But, the future is now uncertain.

This situation is partially the result of the EU-Turkey statement of March 2016, which was a short-sighted “quick-fix” approach to a migration challenge.  The Statement linked Turkey’s continued hosting of Syrians to visa-free travel for Turks in Europe if certain criteria were fulfilled. At the same time, Turkey agreed to accept returns of migrants who had crossed from Turkey to the Greek islands. Turkey was also obligated to prevent new sea or land routes for illegal migration and to cooperate with its neighbors and the EU to prevent irregular border-crossing.  The EU also provided billions of Euros to fund the support of refugees in Turkey. Until recently, the statement had widely been called a success by European commentators. A European Commission report in 2018 noted, “Two years later, irregular arrivals remain 97% lower than the period before the Statement became operational, while the number of lives lost at sea has decreased substantially.”  However, many in Turkey were less positive about the statement, with leaders arguing that insufficient numbers of migrants had been resettled, funding was inadequate and furthermore, the visa liberalization agreement did not materialize, meaning that the statement was only upheld by one of the two sides (Akal 2020).

Actually, there are several problems with the statement, most importantly with regards to the fact that security and national interest were prioritized over human rights and collective solutions (Elitok 2019).  We are now witnessing the result.  Rather than maintaining the fundamental human right to seek asylum in Europe, requiring Member States to do their part in burden-sharing, and finding a sustainable solution, the EU, by entering into the Statement, focused only on preventing migration quickly and by any means necessary. Turkey is currently hosting more refugees than any country in the world without any long-term integration plan and with a public now increasingly pressing for migrants to return to Syria.

The way forward from such complex issues is never quick and always requires thought about ethical obligations, human rights and dignity. Below is a statement released last Wednesday (March 4) by the RESPOND consortium calling on all involved to shoulder responsibility and recall our common humanity:

STOP INSTRUMENTALIZING THE LIVES OF MIGRANTS!

The RESPOND consortium is extremely concerned about the recent developments in the Aegean and at the Greek land border to Turkey. Migrants and refugees from Syria, Afghanistan, Pakistan and from various African countries have begun to accumulate in the thousands in border areas like Edirne and Çanakkale, and in Izmir along the land and sea borders with Greece. While these people have been trying to enter Europe, there have been serious humanitarian tragedies, including, for example, the recent death of a Syrian boy on March 2nd after he and 47 others fled by boat to Greece.

We ask the Turkish and Greek governments to stop immediately instrumentalizing the lives of migrants for their political goals, respect migrants’ fundamental rights for dignity and protection, and take all measures to combat xenophobia and racism.

We call on international border guards to respect human security and refrain from excessive use of force against those gathered at the borders.

We call on the European Union and its Member States to stop promoting security-oriented policy solutions and act immediately to develop joint solutions to this problem – in line with the ethical governance of migration.

At this stage, all sides should shoulder their fair share of responsibility and respect the burden-sharing for asylum seekers, through financial support and ensuring safe pathways with respect to international human rights and refugee law.

We strongly believe that the European Commission must urgently coordinate any support to ensure asylum seekers have access to adequate reception and asylum procedures.

We should one more time remind ourselves that we are all humans: with more similarities than differences, one day migrant, another day host. 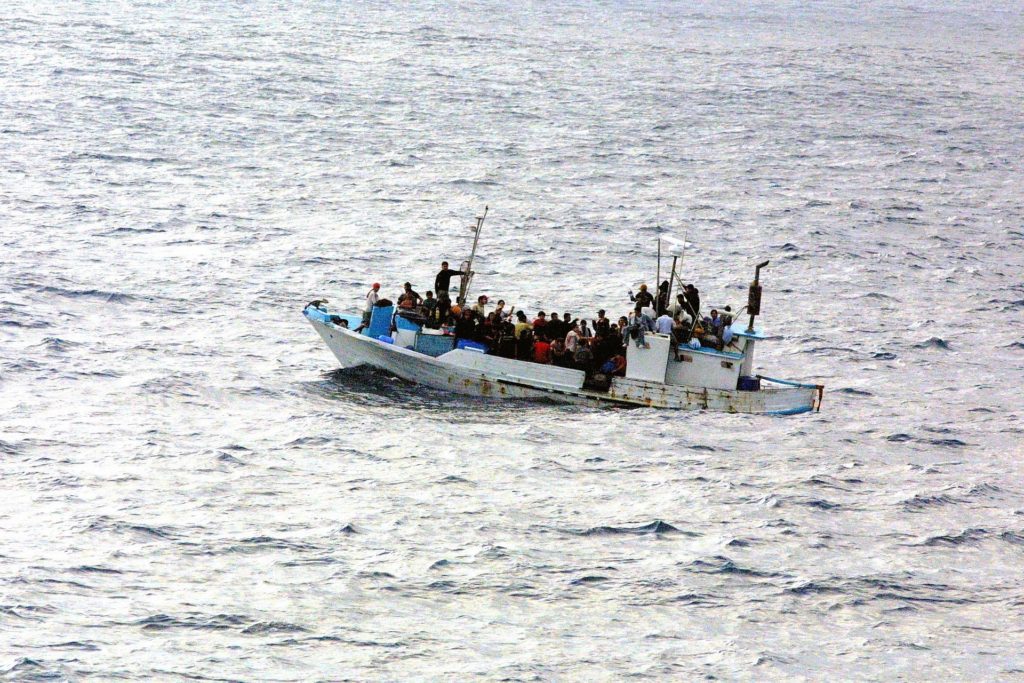