On 27 February, 34 Turkish soldiers were killed in an air strike by Syrian government forces in northwestern Idlib province. This was an unexpected loss for the Turkish side. The Turkish army immediately responded with explosive drones targeting the regime forces. President Erdoğan expressed his willingness to visit Putin in Moscow who is backing the Assad regime. While this piece was being written, President Erdoğan was having a meeting with President Putin, which is probably the most important one among many meetings that both leaders have had over the last few years.

One day after the regime forces killed the Turkish soldiers, Turkish state actors, primarily the Minister of Interior, announced that they have opened the borders to let the refugees head towards the EU via the land and sea borders with Greece and land borders with Bulgaria. As soon as the news spread around the country, many buses, taxis and cars full of refugees were already on the way to the western borders of Turkey, mostly towards Edirne, the northwest land border, and towards Çanakkale, the western sea border near the Greek island of Lesbos.

The Ministry of Interior systematically announced the number of refugees who left the Turkish territory starting from the first day of the mass migration towards the border. The number that they declared on the fourth day after the Turkish border was opened, 2 March 2020, was more than 100 thousand. This number was contested by the Greek authorities trying to push back the refugees at sea and land borders as well as by the UNHCR. Their claim was that the highest number of refugees trying to cross the border was at most around 20 thousand.

Turkish security forces let the refugees take the boats heading towards Lesbos island and put the pressure on the Greek land border in Edirne. Greek security forces killed 2 refugees and wounded several others. European leaders and the President of the EU Commission, Ursula  von der Leyen, expressed their willingness to support Greece against any kind of foreign intrusion to the European territory. The Bulgarian border was free from such conflict as the Bulgarian Prime Minister, Boyko Borissov, was in Ankara paying an official visit to President Erdoğan on 2 March. Another reason why the Bulgarian border did not have such human mobility is because of the geographical difficulties and forests at the border, making it almost impossible for the human beings to move around.

I was also in Edirne trying to follow the tragedy on Monday, 2 March. I travelled by bus from Esenler Coach station in the European side of Istanbul heading towards the central coach station in Edirne. Both coach stations were full of refugees on the move with mostly children. Since it was already the fourth day of the new refugee crisis, the families with children were trying to understand what to do. Some were already trying to go back to the cities where they were coming from in Turkey. They were also trying to protect their children away from the conflict and tragedy at the border. Some also reported that they were going to try the sea border in Çanakkale to go to Lesbos island. On the way to Edirne, in some check points, the Turkish police were already checking the buses to see if they were carrying irregular migrants. The police officer checking our bus did not find any refugees, but he said that they found and detained 7 refugees in an earlier bus coming from Istanbul. This was the indication that the Turkish security forces had then slightly changed their position by trying to seal off the border again, at least to the newcomers. Because, there are still thousands of refugees stuck in the No Man’s Land between Greece and Turkey.

Why did Turkey Open its European Borders?

The rationale of the Turkish state in opening the European borders is based on two premises, I think. The first premise is about Turkish foreign policy calculations, trying to put pressure on the EU to side with Turkey in the Idlib crisis. The killing of 34 Turkish soldiers by the Syrian regime forces backed by Russia has apparently made Turkey to feel completely isolated, since President Erdoğan had a strong reliance on the Russians to the extent that his choice of buying the S-400 air defence system of Russian origin disturbed the US as well as other NATO members. Turkish political leadership seems to have interpreted the killing of soldiers as a kind of betrayal from Russia. The  escalation of tensions with the US, on the other hand, has led Turkey to use the refugee card as a bargaining chip again to seek the support of the EU. It is of course very difficult at this stage to predict whether this tactic will result in the desired outcomes, but one could assess already that the foreign ministers of the EU Member States officials decided to meet on 2 March to discuss the Idlib crisis as well as the second refugee crisis. And in the meantime, the EU Commission has already made announcements supporting Greece with 700 million Euro and Turkey with an additional 500 million Euro. The EU Commission has also announced that they will reconsider restarting the visa-liberalization and visa-facilitation talks with Turkey. It seems that by opening its borders Turkey has made gains in the short run on its foreign policy objectives. Whether these gains will remain intact in the long run is a pending question of course given the fact that this action has made many refugees suffer even more…

The second premise of the Turkish state actors in opening the European borders is about countering the pressures in domestic politics. It is reported that the Turkish public has recently generated very strong anti-refugee sentiments as well as Arabophobia. The earlier political discourses of guesthood and Ansar spirit of hospitality based on religious and cultural intimacy with the Sunni Arabs are no longer embraced by the majority of the Turkish public. The growing economic crisis as well as societal and political polarization in Turkey have made the Syrian refugees and other migrants the main scapegoats causing all the ills nowadays in the eyes of the public. The ruling Justice and Development Party has gone through a discursive shift since the loss of big metropolitan cities such as Istanbul, Ankara, Adana, Antalya and İzmir in the last local elections in May 2019, replacing the discourse of toleration and accommodation of Syrians with their voluntary and involuntary return. It is partly because of this discursive shift that the Turkish government made a choice to open the European borders to give a message to the Turkish public that the refugees are no longer prioritized by the state. Although at first glance, this shift tends to appease the expectations of the Turkish public in the short run, it is very difficult to estimate whether this kind of placation of the discontent of the Turkish public against the refugees will be able to continue. Framing the refugees as temporary guests from the very beginning was probably an effective strategy to peacefully accommodate them. However, the growth of socio-economic and political problems in Turkey seems to have increased intolerance among Turkish citizens towards all kinds of refugees and migrants, exacerbating racist, xenophobic and Arabophobic sentiments in the country. Current developments in Turkey with regard to the perception of refugees by the majority of Turkish citizens indicate that Turkey is now at the verge of starting a new chapter called “Turkey’s refugee crisis”. So far, neither the state actors nor the civil society actors have used the term “refugee crisis” in Turkey, unlike their counterparts in Europe who framed the surge in migration in 2015 as a “refugee crisis”.

It is too early of course to make predictions about what will happen to the refugees stuck at the border now, many of whom are of Afghan, Pakistani, Iranian, Eritrean, Somalian and Syrian origin. We don’t know yet whether the European actors will name this as the “second refugee crisis”. But what is certain is that Turkey has come to its limits to peacefully accommodate the Syrian refugees as well as the others. The only way forward seems to be to fight back against the root causes of ethno-cultural, political and economic tensions in different parts of the world including Syria, Afghanistan, Iran, Somali etc. The age of globalization creates a world that is easily reachable by everyone using the modern networks of communication and transportation. As long as the strategy of the western countries as well as of the EU to deal with the refugee related matters is far from contributing to the reinforcement of global justice, we will be continuing to face such human tragedies. We all need a paradigmatic shift in understanding the fact that migrants and refugees are not the problems, they are rather the symptoms of deep-rooted socio-economic and political inequalities in different parts of the world, which need to be resolved by the international community acting in solidarity. 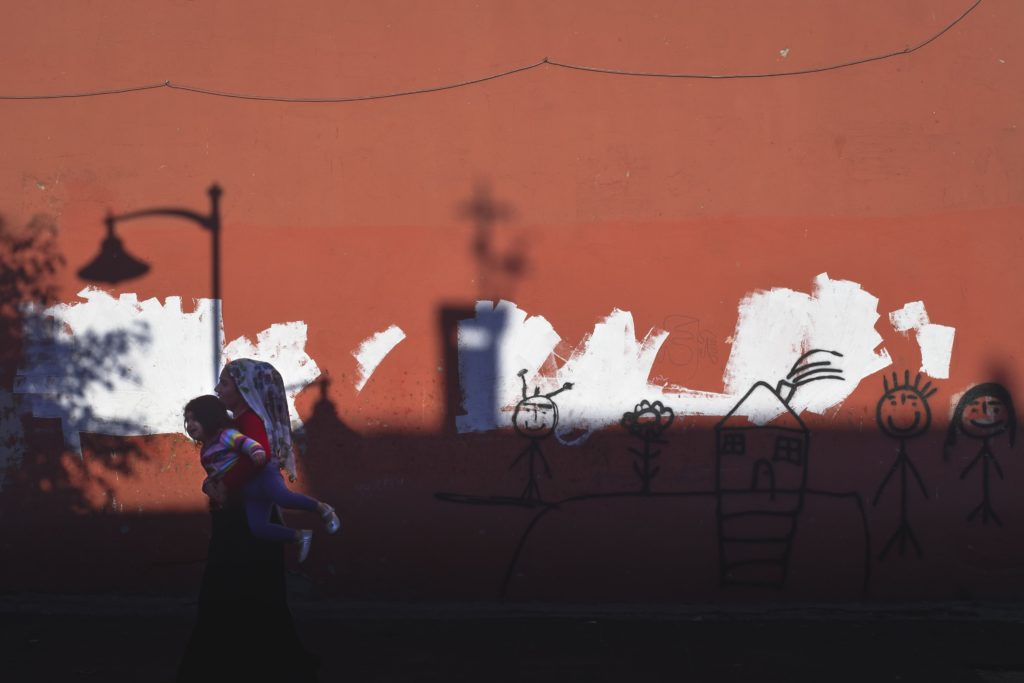