Welcome to the Post Brexit Europe podcast. This is a new podcast produced by the Brexit Institute at Dublin City University for the BRIDGE Network.

I’ll tell you about the BRIDGE Network in a moment, but first let me explain what the podcast is about.

It might seem strange to be launching a podcast about Brexit right at the very moment when Brexit seems to be finished. After all, the United Kingdom left the European Union just a few days ago, on the 31st of January.

I have two things to say in response. First, Brexit is not over. Brexit is an ongoing process, not a single event, and that process will continue in the months to come, as the UK and the EU negotiate their future relationship. Charting the development of that relationship will be one recurring theme of this podcast.

Second, as the title implies, the Post Brexit Europe podcast is less about Britain than it is about Europe. It is dedicated to understanding the new political architecture that is emerging in Europe after and out of Brexit. This focus reflects the research programme carried out by the talented group of academics that make up the BRIDGE Network.

My name is Ian Cooper, and I’m the research coordinator of the network – so let me explain what it’s about.

BRIDGE is an acronym. It stands for Brexit Research and Interchange on Differentiated Governance in Europe.

The point of BRIDGE is to put Brexit into a broader context, and we will do so in two ways.

First, we will study Brexit alongside the three other major problems that have afflicted the European Union in the last decade. These are the euro-crisis; the problem of migration; and the Rule of Law crisis. One major theme of our research is to study how these four problems are interconnected – that is, how and to what extent they influence one another.

[How Interconnected are Europe’s Crises? A Framework for Analysis]

Second, we see Brexit as giving rise to a new form of differentiated governance in Europe, which we will study alongside other such forms. Differentiated governance is when you have rules that do not apply equally across all the 27 member states of the EU. It may be be internal to the EU (for example the governance of the Eurozone, which only applies to the 19 states that use the euro currency); or it may be external (for example single market rules that apply to countries outside the EU, such as Norway). The new post-Brexit relationship between the EU and the UK will require some new structure of differentiated governance that is external to the EU, but what we don’t know really know what it form it will take yet.

The BRIDGE Network is a three-year project that runs until September 2022. It is Jean Monnet Network funded by the EU, under the Erasmus+ programme. It involves researchers from four universities from across Europe, which are:

The members of the BRIDGE network will meet periodically at a series of public events over the next three years in order to exchange ideas with one another, with policy professionals, and with fellow citizens.

This podcast will feature as many of the activities of the BRIDGE Network that we can make available to you in an audio format. In particular, there will be keynote speeches, debates and panel discussions from our public events. There will also be interviews, many with politicians and policy-makers, but also with some of the leading thinkers on the subject of differentiated governance and the future of Europe. There will also be other features, such as short pieces written by members of the network – and, a few surprises.

I should say that this podcast is not about the day-to-day developments in the Brexit saga. There are a lot of really great Brexit podcasts out there which I recommend to keep you up to date with Brexit news, including the post-Brexit transition and the coming negotiations over the new relationship. For this I also highly recommend the blog of the DCU Brexit Institute.

[A Listener’s Guide to the Best Brexit Podcasts]

What you will find on this podcast, in keeping with the research programme of the BRIDGE Network, are broader reflections on Brexit and the Future of Europe.

So please subscribe to the Post Brexit Europe podcast, which is available on all the major podcast apps. For show notes, and all other information regarding the BRIDGE network, go to our website, at: bridgenetwork.eu

Thank you for listening. 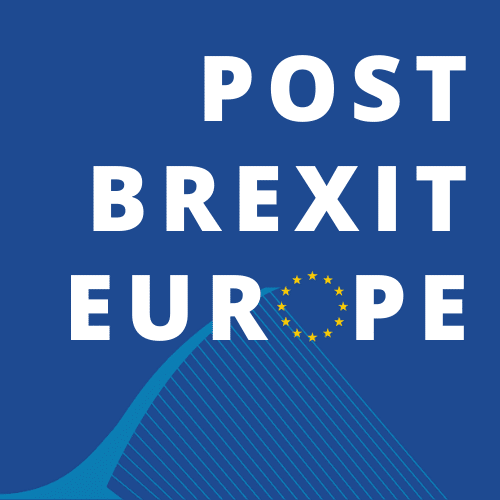