The Future of Europe Beyond Brexit

The UK is leaving the EU today. But this is not the end of Europe. The nascent Conference on the Future of Europe can chart the continent towards a bright new beginning.

Today, Friday January 31st 2020, at midnight Brussels time, the United Kingdom (UK) will leave the European Union (EU) – exactly 47 years and 1 month after having joined it. This is an unprecedented event in the history of European integration. For the first time since its creation in 1957 the EU will shrink, rather than enlarge. Brexit – as the UK withdrawal from the EU is known – was anything but easy to achieve: since the British people voted to leave the EU in a referendum in June 2016, it took 43 months for the UK to exit the EU door, with a process which was shaped by 3 elections, 2 governments, and a handful of historic rulings by the UK Supreme Court which will shape British constitutional law for years to come. Yet, the formal withdrawal of the UK from the EU marks an historical moment in Europe, as it challenges the assumption that the process of integration among European nations would invariably progress towards an ever closer union.

However, Brexit does not represent the end of the EU – far from it. After the European Parliament elections in May 2019 saw the highest voter turnout in decades, the EU institutions and member states have re-started a process of constitutional reflection, designed to shape the future of Europe in the years to come. In particular, embracing an idea originally advanced by French President Emmanuel Macron, the new European Commission President Ursula Von der Leyen has committed to establish a Conference on the Future of Europe, designed to advance institutional and policy proposals to reform the EU and make it fit to the 2020s. The Conference – which is due to start this May, and work for two years – would ultimately lead to proposals for treaty change in the EU.

While the exact details of the organizational structure and political mandate of the Conference on the Future of Europe are still subject to negotiations between the EU institutions and the member states, it is clear this initiative could have great significance – particularly in light of Brexit. The UK withdrawal from the EU on January 31st opens a transition period of 11 months (which can potentially be extended until December 2022) in which the UK will persist in a semi-membership status, continuing to participate in the EU internal market and other policies despite being formally outside the EU and its institutions. However, the future of EU-UK relations after the end of the transition period is uncertain. Serious concerns remain that the transition period may end abruptly with no deal in hand between the EU and the UK – thus precipitating a late hard Brexit.

In this context, the Conference on the Future of Europe could serve as an excellent opportunity to re-think the architecture of the EU – and by so doing find a space for the UK to remain plugged-in. Clearly, the decision of the UK to leave the EU was driven by some British-specific factors, including nostalgia for the empire and the progressive disenchantment towards Europe fueled by a Eurosceptic press and ambivalent political leadership. Nevertheless, the UK’s uneasiness with European integration was also a reaction to the historical trajectory the EU had taken. Whereas the EU that the UK joined in 1973 was almost exclusively a common market, over the years – and particularly since the end of the Cold War – it increasingly expanded its competence in other political areas such as justice, citizenship, home affairs and defense, which were actually at the very heart of the post-World War II dreams of European continental unification. Yet while the UK was the most prominent objector to the EU becoming a political (rather than economic) project, its views are by no means exceptional.

In fact, since the Brexit vote, the EU has been engulfed in a number of other crises which have exposed the different visions of integration dividing the EU member states. If the euro-crisis had brought to the surface deep cleavages between creditor nations in the North and the debtor nations in the South of Europe, the migration crisis and backsliding in the rule of law and democracy have exposed in vivid fashion the opposing ambitions of states in the West and in the East of Europe. In particular, growing threats to the independence of courts and the impartiality of elections in member states such as Hungary and Poland – which have led to a stream of court cases and preliminary steps to deprive these countries of their voting rights in the EU – have challenged the assumption that all EU states abide by the same founding values, suggesting that some countries care about the EU only for the economic benefits it brings, via its huge internal market and generous budget transfers.

Even after the UK withdraws from the EU these problems are likely to persist. But this is where the Conference on the Future of Europe can make the difference. Through proper constitutional engineering, the Conference could creatively design a form of associated membership to the EU designed for countries that either don’t want to be fully engaged in the EU political structures – or don’t want to abide by its foundational values. This form of associated membership would offer appropriated benefits and costs, which would be different from full membership, marking a clear separation of EU member states from associated states. But it would keep associated countries connected to the EU, including its economic space, but effectively residing in an outer tier, beyond the EU core. This could be open not only to the UK and other non-EU countries such as Switzerland, but also to other current EU member states which no longer meet the conditions for full EU membership, because of their disrespect for the rule of law, democracy and human rights.

Brexit is turning point in the history of European integration, but it can also serve as an opportunity. Because states that no longer share the aims of integration are free to leave, the EU is also free to relaunch its political ambitions, expand its supranational competences and strengthen its federal governance. The Conference on the Future of Europe, which will be launched just as the UK leaves the EU, is the framework to do so. And with proper leadership the Conference could come up with a grand reform plan – to be formalized through a new political compact treaty – to separate the EU market from the EU polity. While the EU market should remain open to associated members – including post-Brexit Britain – parked in an outer sphere, the EU polity should remain the preserve of states that abide by the rule of law and genuinely want to achieve an ever closer political union. 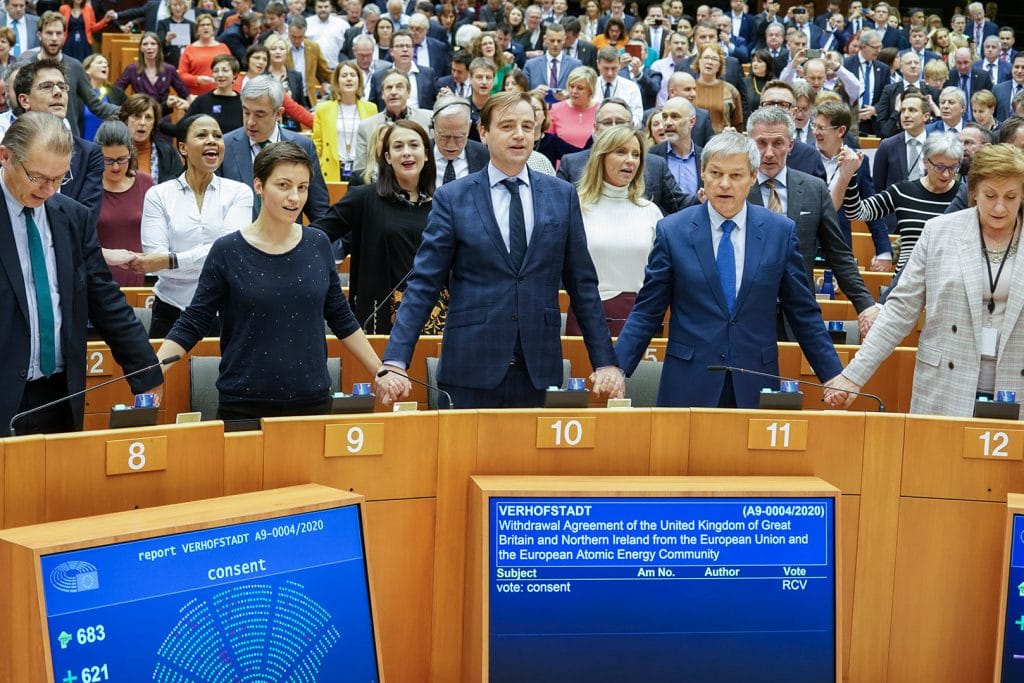