Ed Sibley on Brexit: This is only the end of the beginning

On October 30th, Ed Sibley, Deputy Governor of the Central Bank of Ireland opened the kick-off conference of the BRIDGE network.

He outlined the work the Central Bank in improving the resilience of the Irish financial system when faced with the potential shock of the UK leaving Europe without a deal.

While the risk of a No Deal Brexit seems to have been averted, the newly proposed departure agreement allows for increased divergence between UK and EU rules, resulting in increasing complexity in cross-border trade across a range of sectors, Ed Sibley explains. Despite recent positive developments, he reminded the audience of a continued uncertainty as to how the UK will leave.

While we may be reaching the end of the beginning, a ‘hard Brexit’ is still sufficiently plausible to require planning.

To him, Brexit is solely the end of the beginning and discussion between the EU and the UK on the future of their relationship awaits.

Ed Sibley concluded by outlining the need to focus on wider implications of the UK departure and the resulting changes in European dynamics. In this regard, he finally welcomed the work conducted by DCU Brexit Institute as well as of the newly launched BRIDGE network. 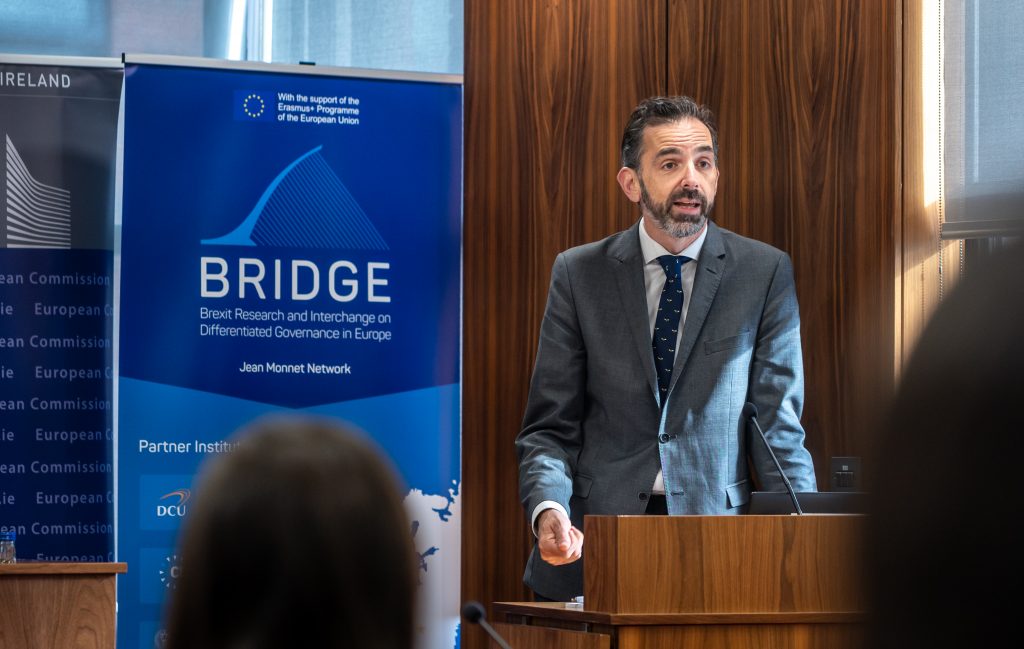